Yusuf Raisov: My goal is to leave everything I have in the cage and become an undisputed champion 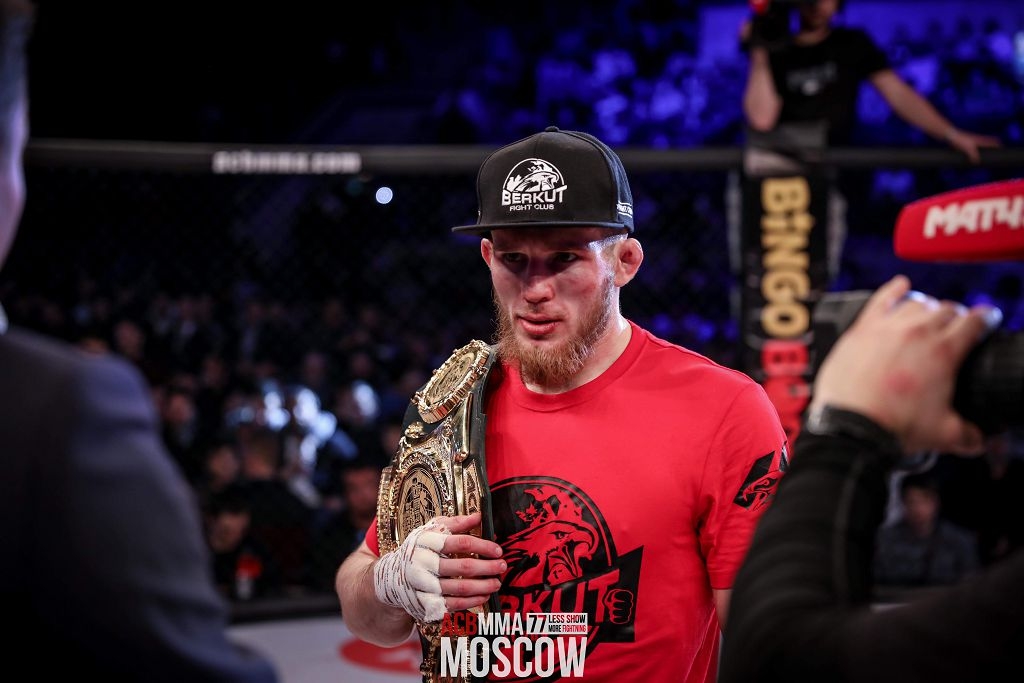 Yusuf Raisov: My goal is to leave everything I have in the cage and become an undisputed champion

Intervew of the interim featherweight champion Yusuf Raisov who is scheduled to face Marat Balaev in a rematch and unification bout at ACB 86 that will go down May 5th in Moscow.

How much have you improved since your first fight against Balaev at ACB 50?

- I can't be the judge of that. You should ask my coaches and the fans who watch my fights. We're athletes, it's our duty to get better in every single fight. Mentally it's absolutely the same for me. At ACB 50 I was ready to fight till the end and get the belt, just like now. It's all up to almighty. He decides if you win or lose. In the fight you can count only on God and your preparation, that's it. If you did your best in preparation, if you've worked hard - you'll win. Thanks Ro God that I don't have any problems in psychological aspect.

How will this second fight be different from the first one?

- I can't give you the answer. Only God knows that but I will work just as hard as I did in the first fight. My goal is to fight till the end, as I do in all my fights. I will do my best to win every second of this fight. The only difference is, that with Gods help, the belt will be mine this time. That's my approach for the fight. No disrespect or anything like that. I just want to get the title, as all fighters do.

Tell us about your preparation? Are you planning to go through the same training camp as you did for ACB 77?

- Yes, now I'm in Baku. I'm training under the Azerbaijan team head coach, my brother, Zalimkhan Guseinov. He's my close friend and he always helps me with my preparation. I'm constantly working on my wrestling, not only for Marat fight but because, as I said before, we're athletes, we must evolve to be successful. After Baku I'll get back to Berkut and finish my preparation there because there's a lot of great sparring-partners and everything that you need.

What do you think about Balaev's mentality for this fight? He says that it's going to be his last fight, so he will fight till the end.

- I'm not thinking about Balaev or any other opponent. My goal is to win. Balaev is always going forward but in our first fight I was pressuring him. He wanted to wrestle, I wanted to strike. I was better on the feet, he was better on the ground. He won, I lost. I'm more motivated this time than before the first fight but at the same time there's no difference if it is a rematch or not, if it is a title fight or not, my approach stays the same. My goal is to fight till the end and become an undisputed champion. Now there's a lot of unanswered questions and May 5th In Sha Allah we'll get the answers. I hope that Balaev stay healthy so we could make a great fight for the fans. The only downside of this fight is that if I beat Marat, his fans will be upset and you must respect all the fans. So I respect my fans just as much as I respect his fans.