Tural Ragimov: "I am ready to fight even every month to get a title shot" 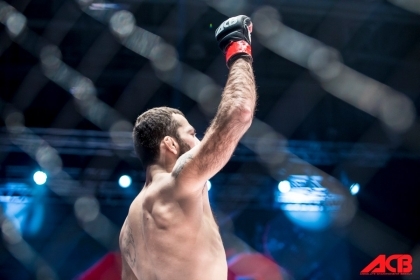 Tural Ragimov: "I am ready to fight even every month to get a title shot"

After losing to Borisov I was very angry and upset, so I asked my managers to organize a fight as soon as possible. So I got in the ACB 50 and I did not even think about who will be my opponent, I said I was ready to face anybody.

I wanted a rematch with Borisov a lot, but I understood that I lost by knockout, so this is unlikely to happen. In the end I was matched with Ed Arthur who was above me in the rankings and I confidently won. Yet, one win is not able to counter that humiliating defeat. So I did not take any break, immediately returned to the gym and again asked to arrange a fight for me as soon as possible. I want to fight as often as possible in order to get on the list of the main title contenders as quickly as possible.

Eventually I was given a fight at the ACB 57 against Magomed Ginazov. This is logical, because we are both on the adjacent positions in the rankings. I can say only good things about him – he has been competing in the ACB league for a long time, his striking and wrestling are great and he breathes well in a fight. If all goes well, I will ask for a rematch or a fight with Karginov. Actually I thought that I’ll be matched against him in Moscow. I understand that now there are a lot of title contenders, but I'm ready to fight even every month to reach the status of a number one contender.