Tony Johnson: I want a rematch! 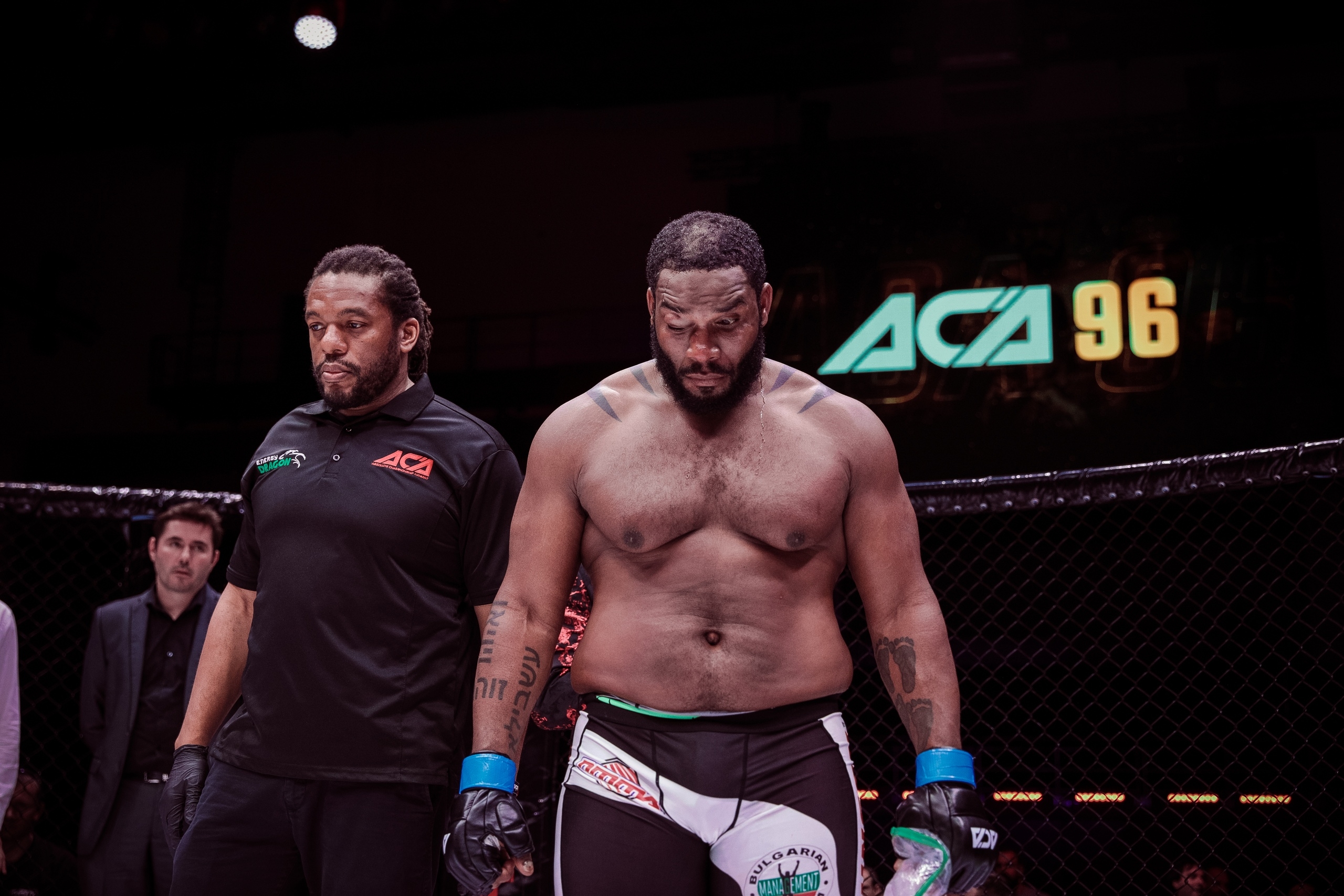 Tony Johnson: I want a rematch!

Last Saturday at ACA 96 the bout between Tony Johnson and Evgeny Goncharov was stopped and declared a ‘no contest’ due to an eye poke from Evgeny. We spoke to Tony and got his thoughts on the fight.

Tony you were in a main event competing for the HW ACA title but things took an unfortunate turn when the fight was stopped due to an eye poke. Give us your thoughts on the situation?

- I don’t believe it was intentional. It was a good fight until the eye poke. Shit happens.

Were you happy the fight was declared a No Contest?

- Yes I am very happy because an eye poke is illegal. I couldn’t fight because he was knuckle deep in my eye. I would like to thank the officials for making the right decision.

Do you want a rematch with Evgeniy to prove to everyone that the belt is yours?

- I want the rematch ! There has to be. The belt is vacant and we need a heavyweight champ for this great organization! There’s no true champ. Soooo let’s run it back!

What were your thoughts on the fight up until that moment? There were two crazy rounds before that. In the first round you knocked him down twice. Did you feel that victory is close?

- I felt like I was winning. I was wearing him down. Every punch he threw was power. There’s no way he could have last 5 rounds. 5 rounds is a long fight. I was just about to open up more on my takedowns and striking.

What can you say about Evgeniy, his conditions and skills?

- Evgeniy is a gamer, bro. If the fight had it gone 5 rounds it had the potential to be fight of the night. He’s a good fighter. That’s why I know there will be a Johnson vs. Goncharov II.

Does this situation motivate you to train even harder for the rematch?

-  I will be in way better shape! The rematch will be even better. Next time I knock him down...HE WILL STAY DOWN!