Rustam Kerimov: My opponent can't work as hard as I do 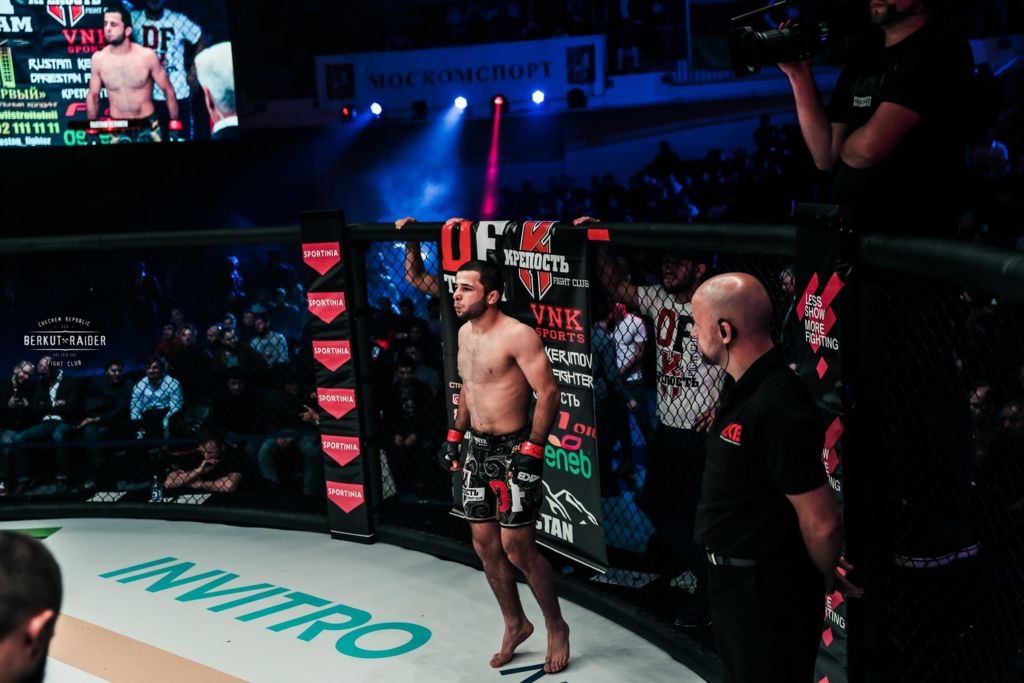 Rustam Kerimov: My opponent can't work as hard as I do

Was it difficult to prepare for a fight not knowing where and when it will go down?

- I knew that the fight will happen. Where it will happen: in Baku, Moscow or Makhachkala - it doesn't matter to me. Of course it would be great to fight in Makhachkala, my homeland, but ACB wasn't able to make the event there. As they say: it's for the best. Even though I didn't know the date and the venue, I was training very hard, as usual.
My fight got rescheduled, now it will go down a month later, but it's not a problem. I'll have more time to prepare. I've trained in Thailand for some time. Then, the main work has started here, in Makhachkala. Obviously I don't want to overtrain but I have people who are watching me and helping me with that. I live for that, I love that. I'm training hard and I'm coming for that victory.

Do you think that the added month to your training camp will be beneficial for you? You can study your opponent even more, and come up with a better gameplan?

- I've studied him long before our fight was scheduled. I was following his career, watching his fights. I knew that sooner or later our paths would cross because we're fighting for the same promotion. Will that delay be beneficial? As I said, it's all for the best. I've trained longer and harder. I'm young, I know what my body capable of. My opponent can't work as hard as I do. Anyway, that added time will be good for me.

My preparation has gone according to plan. My weight, my physical shape - everything is great. Now I'm mostly sparring and doing specific work for my opponent. I'm happy with the way my training camp goes.

Give us a little bit more details about your preparation?

- First stage of my training camp took place in Thailand. Honestly, the main goal there was to get back in good shape after the time off I had.
Now here, in Dagestan, I'm training in different gyms, including my native Dagestan Fighter gym and I'm training in "Goretz" quite often. Plus the coaches from "Krepost" gym are helping me. There's many people that are helping me, and I'm very grateful for that.

How’s the preparation for a championship fight gone? Is different than for a non-title contest?

- In the physical aspect you must be in a better shape because you're fighting five rounds. I'm ready for a war, I'm giving 100% in there. In the mental aspect - it's my dream. Now it's finally here. In Sha Allah I will fulfill it very soon. That's what I live for. Day and night I'm thinking only about that. I've dedicated my life to that sport so I shouldn't lose.

Now you'll face Borisov in Baku, Azerbaijan, and it's not that far from Makhachkala. Does it matter for you where to fight and do you have any problems with acclimatization?

- We're fighting in Baku. Azerbaijan is the closest country to my homeland. I'm from Derbent. It's only 200 kilometers from there to Baku and acclimatization is not a problem for me at all. I didn't feel it even in Thailand. I've started to train hard from the fist day. So it won't affect me and I'll be ready for everything.

If Baku is so close to your hometown, than we can expect a lot of you fans there?

- Yes, there will be many friends, family members and fans of mine and I think that the people of Baku will be cheering for me but it's only I, Boris and the referee in the cage. So the crowd won't affect me.
It's not my goal to show an exciting fight. My goal is to win. Will it be exciting - it's a totally different question. Victory is the most important and I'm working really hard to be victorious.