Mukhamed Berkhamov: The lay off is only motivating me to get back in the cage! 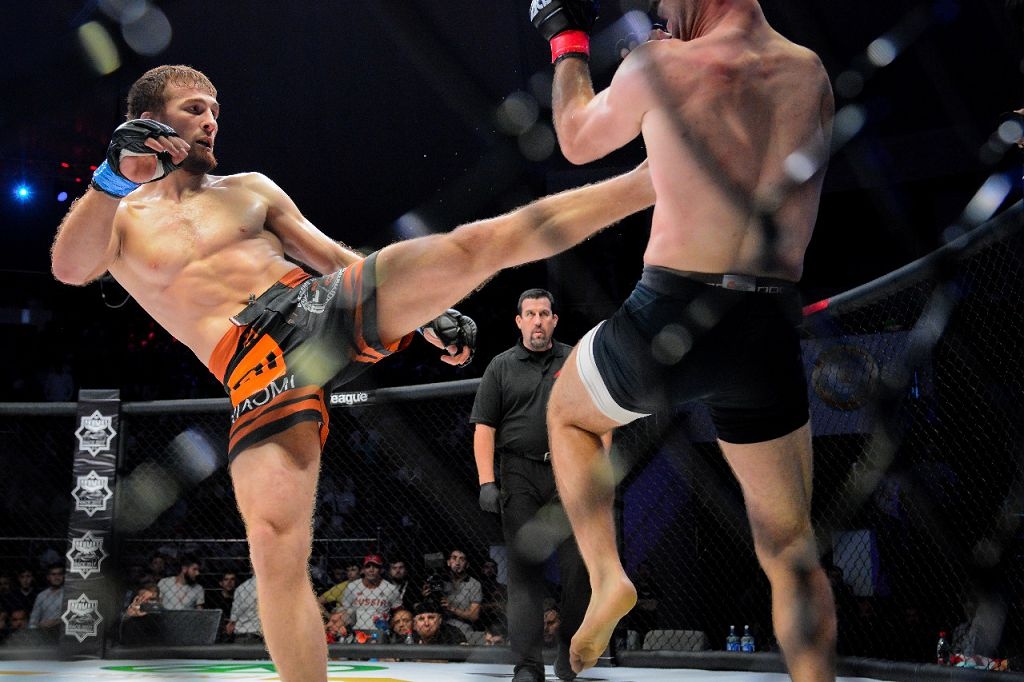 Mukhamed Berkhamov: The lay off is only motivating me to get back in the cage!

Welterweight champion Mukhamed Berkhamov is scheduled to fight at ACB 93 in Krasnodar. He'll face #4 ranked Albert Tumenov. Mukhamed has spoken about his injuries, lay off, plans to compete at ACB JJ and the success of the Baksan fighters.

Your last two fights were cancelled because of the arm injuries. What kind of injuries have you had and have you fully recovered now?

- I broke my arm two times in the same spot. First time the doctors made a mistake and it hadn’t recovered properly, so I broke it for the second time. I had to go through surgery. They put a plate in my arm, I think now it's all good. The recovery process is still going on. I'm not punching with my left hand yet. I want to wait a couple more weeks to let it fully recover and then I'll get back to hard training.

It will be more than a year since your last fight when you step into the cage in Krasnodar. Have you missed it? Do you think that the lay off will affect your performance?

- It wasn't such long lay off actually. After winning the belt, I've competed in amateurs competition 4-5 times but anyway, the lay off is only motivating me to get back in the cage.

Do you take your rest and recovery process more seriously after those two injuries?

- Of course now I'm paying huge attention to my health. I'm training lightly while the recovery process is still going on and I want to give this advise to other fighters - take care of your health, be careful during your training because most of the injuries happens here, in the training room.

You have more than three months till the fight. How are you planning your preparation?

- I've already started my preparation, but Ramadan starts soon. I won't be able to train twice a day during Ramadan. After that I'm planning to have two training camps. I'll be working on my wrestling because Albert is a serious threat on the feet. So I'll work on my ground game.
Also, I wold like to compete at ACB JJ, which will take place in Moscow on June 30th. I hope ACB lets me do that.

You were scheduled to face Albert at ACB 80, but had to withdraw from the fight due to injury. Albert fought Nah-Shon Burrell that night. What can you say about his performance? Have you spotted any weaknesses in his game?

- Of course I've watched that fight. I'm not only following his career but everyone else from my weight class also. I wasn't really impressed with his performance. It was a standard Albert fight. He did well. Nah-Shon Burrell is a good fighter. So it's was ok, but nothing impressive.

Both you and Ali Bagov will fight for the titles at ACB 93. Give us your thoughts on training together and what do you think makes your team so successful?

- All Baksan fighters: me, Bagov, Kokov, we're all training together. We're very close, we're helping each other. Ali helps me to get better at strength and conditioning, wrestling. There's no secret. We're all representing Kabardian grappling school. I've trained boxing before, but my base is grappling. So we're just working hard. Doesn't matter if it is a training camp or mid season - we're grinding. So that's why we're successful.