Mikhail Kolobegov: I'm not sure what's next but I'm not planning to return 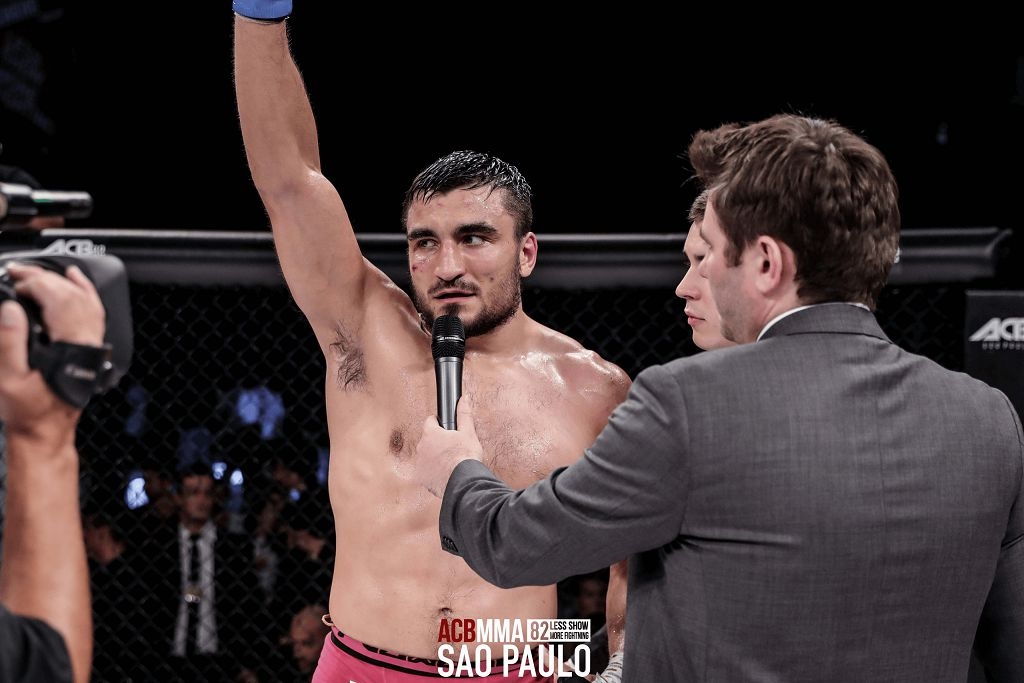 Mikhail Kolobegov: I'm not sure what's next but I'm not planning to return

Interview with Mikhail Kolobegov after his win against Thiago Silva at ACB 82 in Brazil.

You fought a very smart fight that night, you were moving a lot and didn't get into a brawl with him. What game plan did you have and did it work as you expected?

- Initially I had a bit of a different game plan. I wanted to see what's his plan was. I knew he'll throw a lot of leg kicks, so I was preparing for that. I wanted to pressure him so he wouldn't have space but as soon as I was getting close, he threw them leg kicks, so I had to adapt. I wanted to wrestle him, but then I saw a guy in his corner who did some wrestling with me in Brazil. I was surprised. It's not that big of a deal but I decided to avoid wresting. Thiago was aggressive. He wanted that knockout. I saw all of his shots and was able to make adjustments in the fight. In the beginning of the fight I was attacking him, then switched it up and started to counter him. I rocked him a couple times in the first round, but he's a tough guy, he knows how to defend himself and recover. So I wasn't able to finish him.

In your post-fight interview you said that you need to go through some surgery and that it could have been your last fight. What kind of surgery is that and what should happen for you to retire?

- It a surgery on my eye, I'll go to the doctor next Monday. Actually it was planned for February but they offered me a fight, so I had to reschedule it. I knew that after that surgery I wouldn't be able to fight for a long time, or I might have to retire for good. So I took the fight. My contract with ACB is up, they gave me a lot and I'm really thankful for that. I didn't have any easy fights here and that's what I like. I'd like to keep fighting here, if everything goes well but I'll say one thing: if my surgery goes well and God gives me another chance to fight, I'll come back but only for some big fights. So it was worth the risk because I was risking a lot in these three bouts and I think I showed some exciting fights. Most of the time I was striking and brawling. I'm not sure what's next though but so far I'm not planning to return.