Khetag Aliev: The goal is to go to the end! Become ACA champion and defend the title 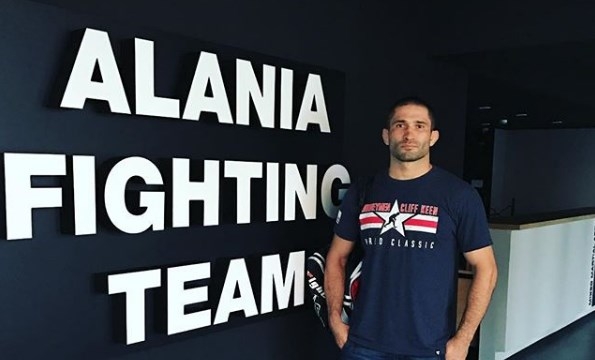 Khetag Aliev: The goal is to go to the end! Become ACA champion and defend the title

An interview with an ACA debutant, Olympic competitor and professional boxer - Khetag Aliev. At ACA 91 he’ll face Vitaliy Nemchinov. Khetag has spoken to us about his life in the USA, his move to MMA, his plans in ACA and more

You were a teenager when your family moved to USA. How difficult was it to adapt to a new culture and life in America?

- Yes, we lived in Osetia and then moved to America when I was 14. I graduated there. I wouldn’t say it was difficult, it was interesting! New culture, new mentality, new people, new language. Can you imagine what it was like to move from Osetia to Miami at the age of 14? Latin Americans, afro-Americans, new places, everything was so fascinating. I met some guys at wrestling class and they helped me a lot.

Where did you like living the most? What are the key differences?

I’ve lived in Osetia, USA, Canada and even in Brazil. There’s pros and cons everywhere. In Canada and USA the huge plus is a financial security. In Russia there’s all my friends and family, which I missed abroad. But I can say one thing, if you stay positive you’ll be good anywhere.

We see it quite often when a wrester moves to MMA, but how did you end up competing in boxing?

- I’ve been wrestling my whole life since I was 6. I’ve wrestled in Russia, in USA where I won a championship 4 times, in Canada where I won championship 5 times and was in the national team for 4 years. I ended up in MMA when the Nogueira brothers invited me to Brazil as a sparring partner. I had my debut fight in Brazil and then two more. After that I went back to USA and contacted my friend Tony Johnson (heavyweight MMA fighter) to recommend me a good boxing gym, so I could work on my striking. When I entered the gym, I saw a guy wearing a t-shirt that says “Chechnya”. We met and he said that he had a lot of guys coming in to train and they gave him the shirt. He was a boxing promoter and offered me a pro boxing fight. I accepted it even though I’m not a striker, I thought it would be a good experience for my future MMA career. So now I’m competing in boxing on a regular basis. My record is 5-0 and I’m going strong!

Is it difficult to compete in MMA and boxing simultaneously?

Thanks to wrestling I’m a good learner because I’m very competitive and have a good work ethic. I love competing and getting better.

Your last MMA fight was in June 2017. What were you doing during the lay off?

- My last fight was also the last fight on the contract and we hadn't resigned. I had some minor injuries, but I used all that time to work on my boxing. I was training very hard during that time and tried to eliminate the holes in my game. I want to thank ACA for the great opportunity to fight on such a huge stage. I’m approaching my debut very seriously!

Give us your thoughts on ACA middleweight division? Have you watched the fights of ACB champion Albert Duraev and WFCA's Salamu Abdurakhmanov?

- There was so many tough guys in ACB! So I know that the level of competition in ACA will be very high. Of course I want to get to the top and become a champion. I hope God will help me to prove myself!

What do you think about your opponent - Vitaliy Nemchinov? What strengths and weaknesses have you seen in him?

- My opponent has changed. I’ve studied some footage, but not too much, it’s not my thing. It’s enough for me to see how my opponent moves and attacks. I take that into consideration but focus on myself and on my preparation. The opponent is tough but I’m preparing accordingly.

What is your goal in MMA? And are you planning to continue compete in pro boxing?

My goal is to go to the end! Become ACA champion and defend the title. I very like ACA and I’m motivated to succeed in the promotion. Hopefully it will all work out with the help of God.