Igot Svirid: It's just another fight for me 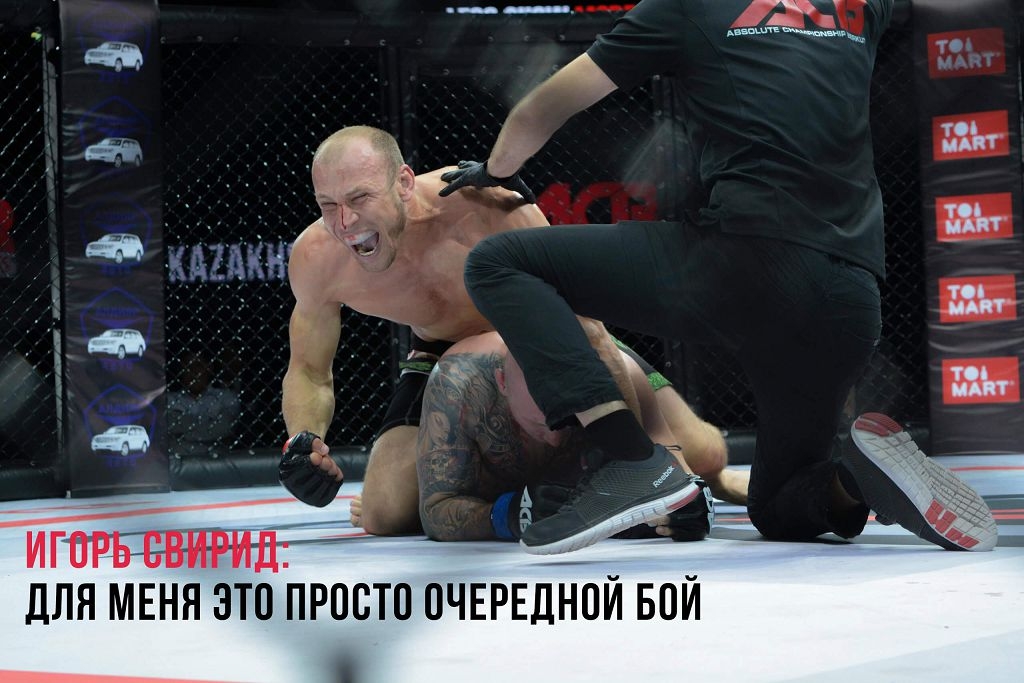 Igot Svirid: It's just another fight for me

Middleweight, Igor Svirid, took some time to talk about his upcoming rematch with Ibragim Chuzhigaev, that will take place at ACB 80 in Krasnodar on February 16th. Their first fight was at ACB 3 and Igor won via split decision.

How will this second fight be different from your last encounter?

-Quite some time passed since our first fight. Chuzhigaev has been asking for this rematch because he needs it more than me. He has some unresolved business with me but I don't feel that way. I'm approaching this rematch like any other fight. I've fought Ibragim before. I know his style, I'm have followed his career.
I'm training for quite some time now and hope everything goes according to plan. Both me and Chuzhigaev have got much better since our first fight. My striking has improved a lot. In the past I was just a grappler, I wasn't striking at all but now I feel my control of distance is much better and I'm throwing nice combos. I'm constantly evolving, and there is more room to grow. We will see what happens when we step into the cage. I'm going there only to get the win.

How important was that to you, to fight in Kazakhstan?

- My previous fight was in Almaty in my hometown. It's much more difficult to fight on your home soil than abroad. Some say that it's an advantage but the responsibility is much higher than when your fight somewhere else. There are your friends and family and everyone there to support you. Any mistake and especially loss in that situation would mean a huge psychological setback. So that was very hard for me and the emotions was crazy when I won. It's critical to win when you're fighting in your hometown.

Tell us about your highs and lows in your career.

- Sure, I’ve had some highs and lows but that's the sport. Everything works just like in real life. It's normal, that's how I see it. Some people think otherwise and take it very personally but losing is not the end of the world. It's just a fight. If you lost then you must evolve. Now I'm coming off the win and I hope to win the rematch with Chuzhigaev with God's help. It's a big fight for me because Ibragim is higher in the rankings, he's №5. With God's help I'll get the victory and get one step closer to the title.
And yes, I had 3 losses in a row. Of course that demoralises you but it's not the end of the world for me. It is what it is, what can you do. Almighty gave me 3 losses in a row, that was a great test but I've passed it. Now I'm training and winning and I’m going to show some exciting fights to my fans.