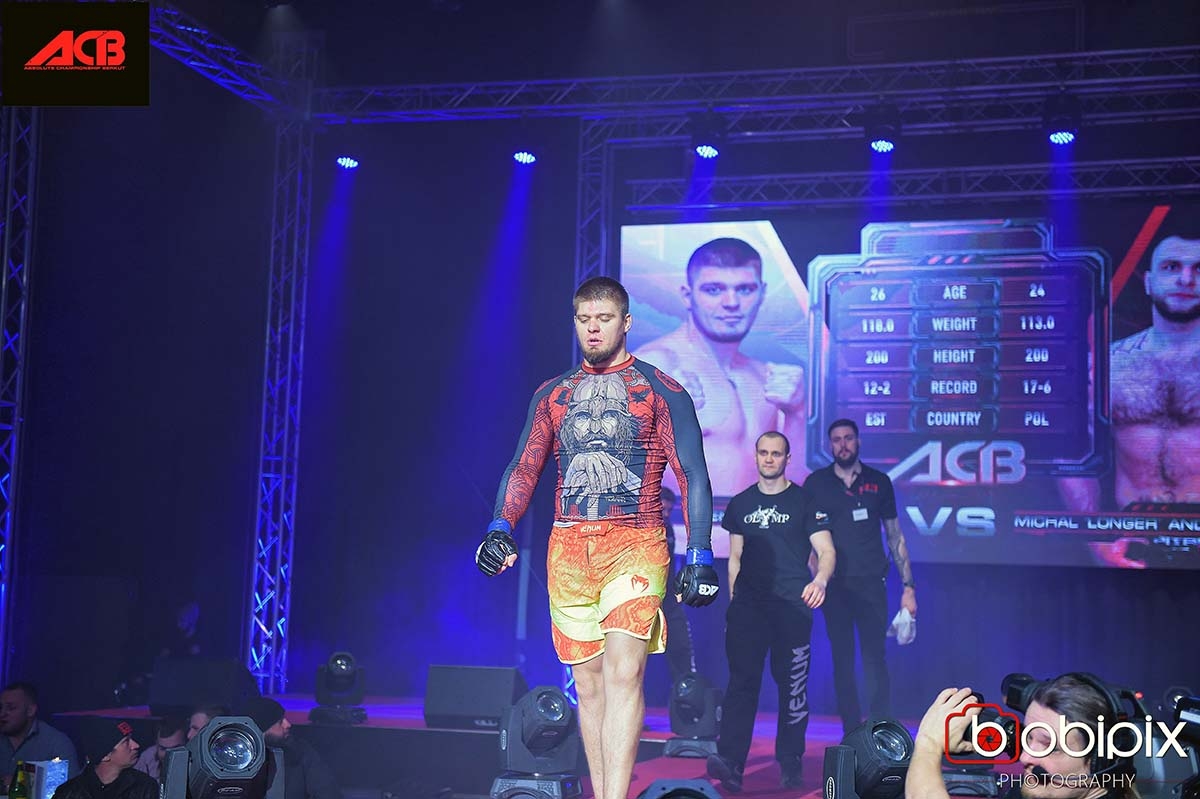 Initially Denis Smoldarev was supposed to fight against the former champion Salimgerey Rasulov at the ACB 61 tournament, but the latter was forced to withdraw due to illness. Salimgerey was replaced by another heavyweight - Rustam Abdulkerimov. However, he was forced to withdraw from the fight too, this time due to injury. Thus, Denis got a new opponent – a Canadian Tanner Boser.

Denis comments on two consecutive replacements of his opponent, changes in his training due to this, and about his mindset:

"Since I'm serious about fighting, it really throws me off, because although they're all strikers, their style is different. For example, Salimgerei is a one-shot fighter, a knockout guy. He also has good freestyle wrestling, holding and control. Arsen is more of a high-pace fighter. He tries to kick and punch precisely. He fights at a pace, changes levels, with more light strikes. And his wrestling is different, he is more focused on submissions. And this Canadian, I do not remember his name, is some kind of dozer / bulldozer. He is also a striker, but he is powerful, he puts all his strength in every blow. I didn’t particularly study his wrestling, but he reminds me of Salimgerei.

So there’s three fighters: one is a knockout guy, then a high-pace one, and a powerhouse one. I am calm only in the sense that I am a versatile fighter. I can fight in stand-up and wrestle in stand-up and on the ground. I’m cool with that.

The only issue is physical conditioning: I planned to cut weight for Salimgerey in one way: from 127 to 128, cut it five days before the fight, weigh in and get it back the next day. With Arsen, I’ve planned to cut weight in advance to get somewhere around 118 kilograms to fight at approximately this weight. It would have been more convenient in this way with him. For Boser’s fight, I'll leave it as it is, because I’ve already made weight. Now it’s around 120 kilograms. I'm going to keep it and fight in this weight. Not like with Salimgerei, with whom I’ve planned to be more powerful, to press him with my physical strength.

Of course mentally it's difficult. When the opponent changes, it takes some time for the brain to acclimatize, because they are all different both anthropometrically and technically. And you need some time to digest all this. It takes me about a week to see how and what to do in each situation. I don’t get burnt out. I'm confident in my abilities and this does not take me out of my game. I’ve planned to fight well and I still have that mindset. I’m in great shape. So if it’s a Canadian, be it a Canadian.

If he’ll also get injured a couple of days before the fight, there will be another fighter. Then there will be no chance to watch his fights, I’ve already gone through that. I'll just go out and improvise. Fight without a plan. This works out best for me."