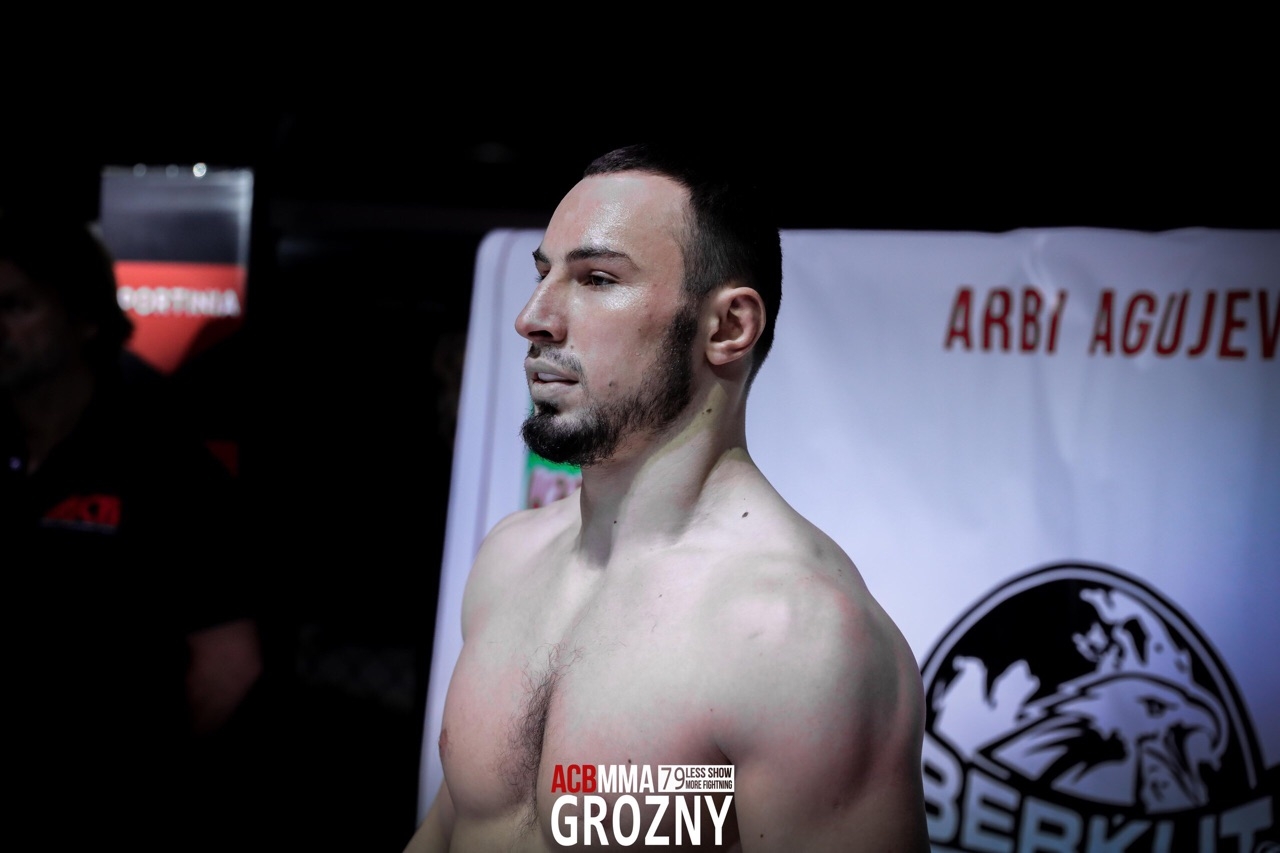 ACB will host it's very first show in Slovakia on April 7th. This will be the 84th event of one of the best MMA promotions in the world and it is promising to be one to remember for the fight fans. In the co-main event two highly exciting fighters will collide - Arbi Agujev and Nah-Shon Burrell. Austrian fighter, Arbi, has spoken about his preparation and more.

"I'm slowly cutting weight. I have three weeks till the fight but I was already in good shape because I'm training non-stop."

Agujev fought less than two months ago, and he wants to stay as active as possible.

"Even before ACB 79 in Grozny I've said that if I win, I'd like to fight Patrik Kincl in April. It's a perfect date because I wanted to have one more fight before Ramadan. In general I'd like to be as active as possible because I'm always in shape and I don't take long breaks. 7-10 days rest maximum, and then I'm back in the gym. I'm starting to nervous otherwise (smiles)."

His opponent, Nah-Shon Burrell, lost his last two fights in ACB to top welterweights - Albert Tumenov and Beslan Isaev. Both of these were a decision losses.

"I didn't pick him. As I've said before, I wanted to fight Kincl but they couldn't make this fight and some other guys weren't ready to fight too. Burrell took the fight and I have a huge respect for that because he, just like me, fought not that long ago."

"Monster" has a pretty big fan base in Europe. Of course most of them - ethnic Chechens. But there's a lot of other people of different nationalities because in his 10 year professional career Arbi has fought in many different European countries.

"Yes, many austrian fans of different nationalities are coming to Bratislava to support me. I'm getting a lot of messages on Instagram. Plus there's some Slovakian people who are cheering for us. So I think we'll have a good support."

And of course we couldn't forget about a highly anticipated rematch with Patrik Kincl.

"You know, I'd really like to fight him again. Not for the money or anything like that. It's just, and don't take it as an excuse, but there was a lot of controversy in our first fight not only for fight fans but for me also because I remember how well-prepared I was for this fight. So I don't want to talk too much, but I just want to face him again."