Alexandr Sarnavsky: "The fight with Vartanyan is a great chance to regain my positions." 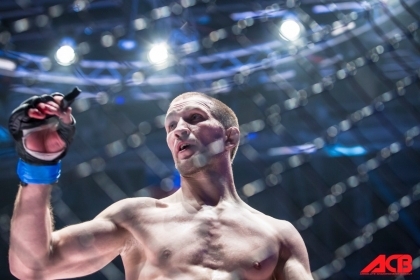 Alexandr Sarnavsky: "The fight with Vartanyan is a great chance to regain my positions."

The win over Esenbaev brought my confidence back and I'm ready for new challenges. I was hoping that one of the top fighters will become my next opponent, and somehow I thought just of the fight with Vartanyan. Eventually, it happened this way, though it wasn't our initiative - the matchmakers of the league offered the fight.
It's a great chance for me to regain my positions in the league after an unsuccessful performance in a fight with Gadzhidaudov. Eduard is a very tough fighter and one of the main contenders for the ACB belt. I thought that Eduard will fight for the belt, however the title fight was given to Andrey Koshkin. Well, I'll try to get the most of this opportunity.
I guess my opponent will rely on wrestling, moreover he's already talked about it. Though he's also good in striking - we've all seen it in his last fight against Alexander Shabliy. Anyway, we'll prepare for everything, so any tactics that he chooses will not be a surprise for me.
The main thing for me is to come to the fight with a cool head and follow the plan that we'll develop with our team to the letter. Vartanyan is great, but with the right approach I'll be able to win this fight.