Alexander Sarnavsky: “I rushed in the last fight, but now I’ve taken all the mistakes into account” 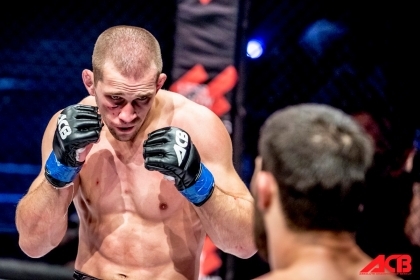 Alexander Sarnavsky: “I rushed in the last fight, but now I’ve taken all the mistakes into account”

Now I feel good, don’t have any injuries, so 10 days before the fight I consider my shape optimal. I'm to blame for my last defeat - I can not say that I did something wrong, but I rushed too much, and because of that lost eventually.

I had to act systematically and have control over myself, but I was a bit on edge and rushed forward, forgetting of the defense for a moment and missed that shot. In general, I diverged from the game plan, and that was the main problem. Now we with my coach Alexander Shlemenko have drawn up the right tactics, I will fight at most disciplined and with a clear head. The following Sunday Alexander Sarnavsky will face Ramazan Esenbaev at the ACB 50 tournament.