Aleksey Polpudnikov: If Karakhanyan will try to brawl with me, it's only will be good for me and I'll finish him 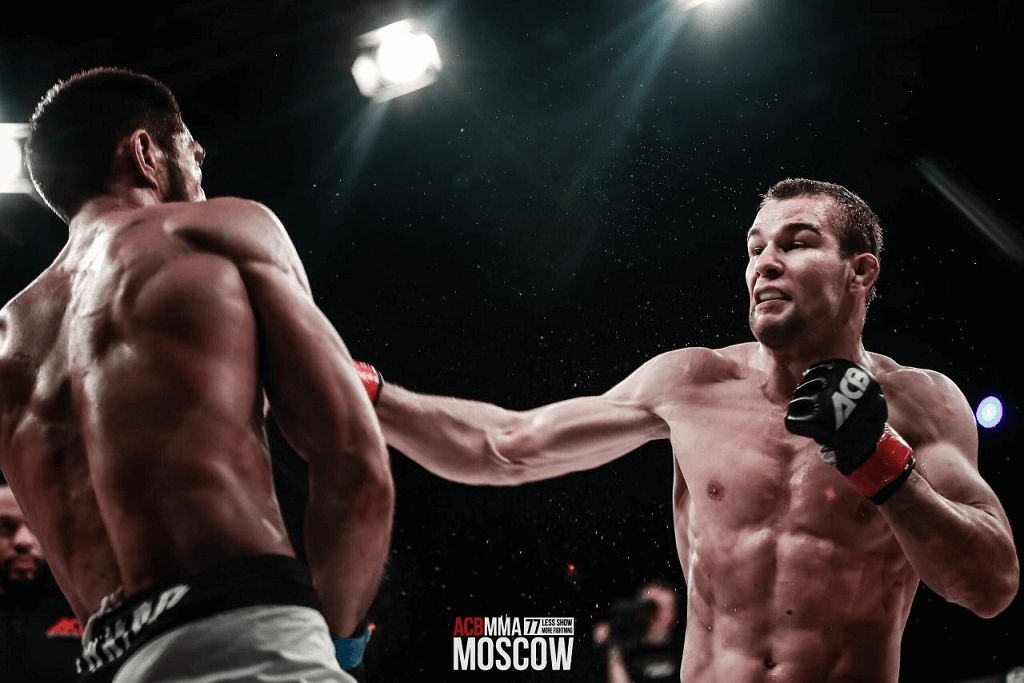 Aleksey Polpudnikov: If Karakhanyan will try to brawl with me, it's only will be good for me and I'll finish him

Featherweight Aleksey Polpudnikov (25-4 MMA; 2-0 ACB) has spoken on his war with Arman Ospanov, his upcoming fight against Georgi Karakhanyan, title ambitions and more.

Give us your thoughts on your last fight against Arman Ospanov at ACB 77?

- I'm glad that we showed an exciting fight. Of course it would be better if I finished him and that was what I was trying to do till the very end. But I couldn't do it. I took a lot of shots too. I'd like to take less damage in fights. I think if I and Ospanov will keep winning, our paths would cross again and then we'll put everything in it's order. Our rivalry became personal at this point, so the second fight will be even better.

You'll face an ACB debutant Georgi Karakhanyan, give us your thoughts on the fight?

- Yes, Georgi is the biggest name in my career so far, he's also the toughest opponent up to date for me but I think his prime was in 2015. Now he's not as good, and I'm only getting better. I think that his statement, that he'd finish me, is just a trick and in the reality he'll try to wrestle me but he said that he's working in his boxing, so he might try to brawl, but it only will be good for me and I'll finish him. That was a nice statement from him though, he can say what he wants to say.

I want to thank Aleksey Zhernakov and ACB league for giving me the opportunity to fight in that huge event in Moscow. It's great that I got an opponent with a big name in his debut fight. I'll do my best to welcome him in a dignified way.

You've never had a dull fight, is that something you're focusing on specifically?

- It just happens. I'm getting ready to finish my fights. I'm always pressuring, going forward. It's our style, the style of Alexander Shlemenko's "Storm" gym and team "New Stream". I'll keep doing the same thing. The only difference is that now I'm focusing on my defense a little bit more. I don't want to just get into brawls, I want to be a bit more technical and take less damage.

You're not that far away from a title fight, is your goal to become a champion?

- As I've said before, at this point I just want to settle in the ACB. I want to win three fights, fulfill my contract and then continue that mutually beneficial relationship with ACB. So the main goal at this point - is to win my next fight. Then I'll take some time off and see what they will offer but if all goes well, I'd like to get into title run for sure and when it comes to my opponents, we're always looking for top guys, we were asking for Luis Palomino fight before they gave me Karakhanyan. I'm willing to face anyone from the top 5. So I'm focusing on this upcoming fight, then I'll rest a little, see what's up in the division and start working to get that belt.