Albert Tumenov: On September 8th I'll do everything in my power to show an exciting fight and get the belt to bring it back to my republic 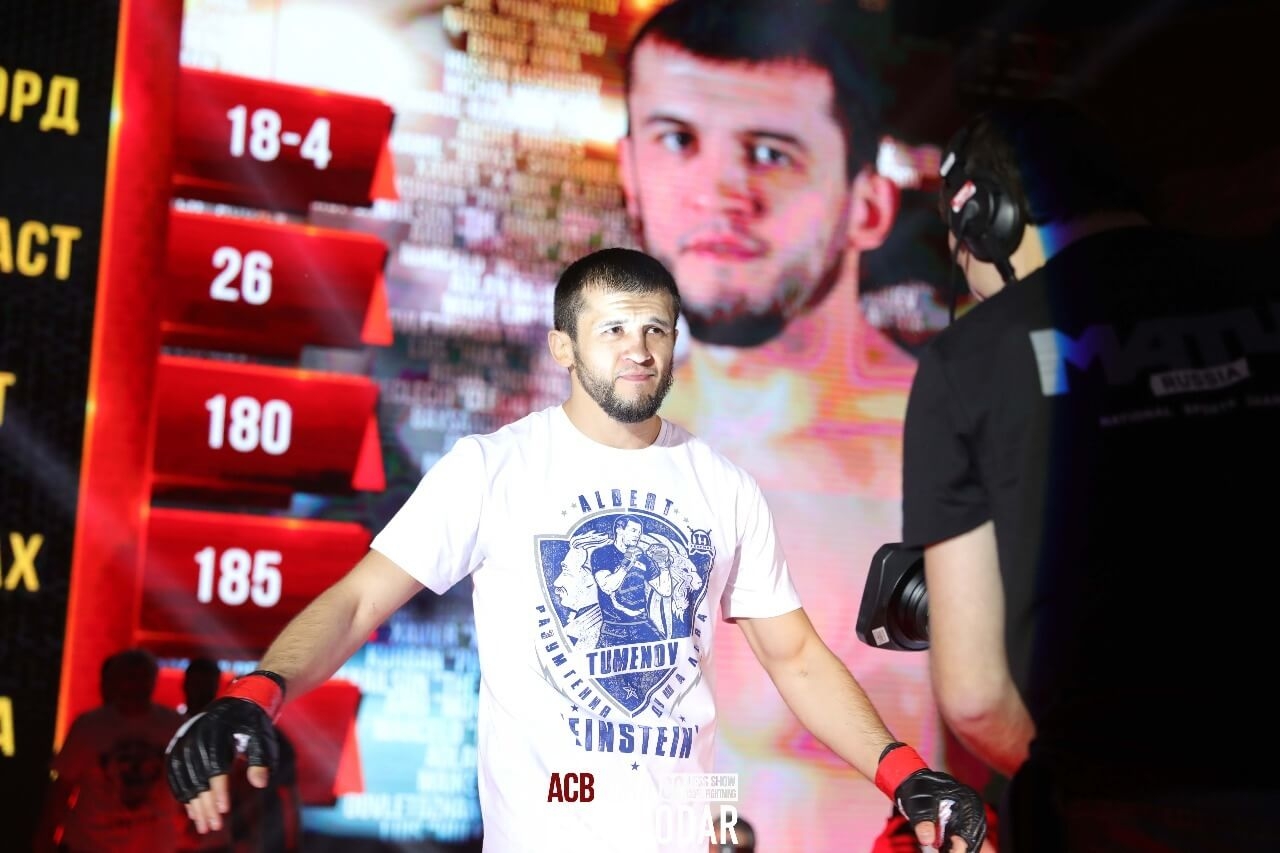 Albert Tumenov: On September 8th I'll do everything in my power to show an exciting fight and get the belt to bring it back to my republic

ACB welterweight title contender Albert Tumenov is scheduled to fight for the vacant title on September 8th in Krasnodar. He'll face Brett Cooper in the main event of ACB 89. Albert has spoken about the upcoming fight, change of the opponent and more.

- How is your preparation going?

The training camp is almost done, we have a little over two weeks till the fight. I'm feeling great. I'm ready to fight right now. We did a great job with my team.

I had a three weeks training camp in the mountains and did some solid work there. So my conditioning is on point. Now we're mostly studying my opponent and working on tactics. I'm excited for my first title fight and as always I'll try to make a great show.

- Your fight with Berkhamov has been cancelled the second time due to his injury. Have you anticipated something like that? What was your reaction when you heard the news?

The thing is, anyone can get injured. You can't blame a fighter for pulling out of the fight due to injury. This is a professional sport, we're training 4-5 hours a day, so there's a big risk to get injured.

I wasn't worried. I was training, getting ready to fight. ACB told me that I still will be fighting for the title just against other opponent. So I continued my preparation.

- Have the change of opponents affected your preparation? What are the biggest differences between Cooper and Berkhamov?

Well first of all Berkhamov is a southpaw and he prefers to grapple. Cooper is a orthodox and he prefers to strike, but can grapple too if needed. We were working on my grappling, wrestling, takedown defense and I think I'll need that, because Cooper will try to take me down. All of my opponents want to wrestle me. So all the work that we done for Berkhamov fight will be useful against Cooper. We'll see what happens, the fight is getting close.

- There will be a lot of fans supporting you in this fight. Is there anything you want to say to them?

Yes, there will be a lot of people. My friends have organized a trip to Krasnodar. They've rented buses to come and support me. I want to say thank you to all the people who supports me throughout my career. On September 8th I'll do everything in my power to show an exciting fight and get the belt to bring it to my republic