Albert Tumenov: I’ll be ready for everything in this fight! 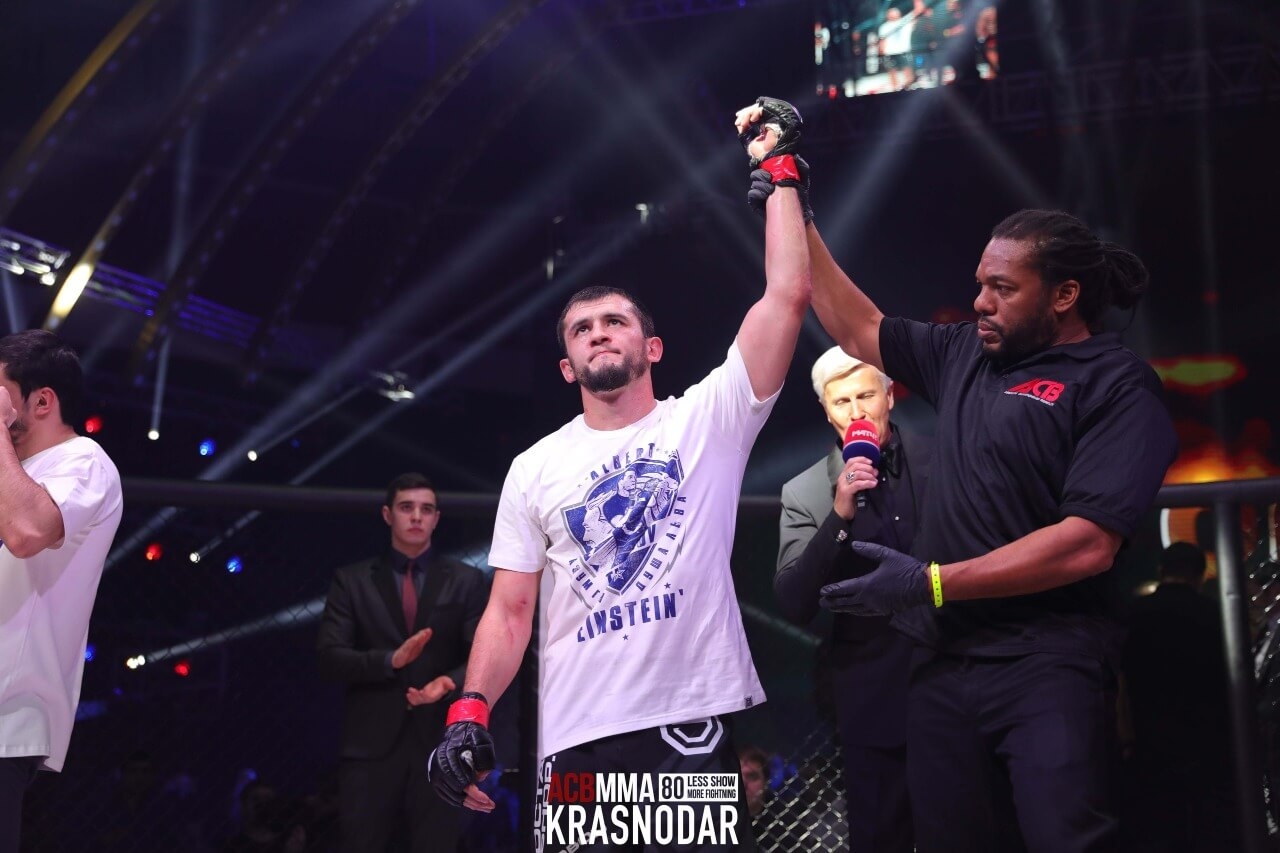 Albert Tumenov: I’ll be ready for everything in this fight!

ACB Welterweight, Albert Tumenov, will fight for the title against the champion Mukhamed Berkhamov at ACB 93 in Krasnodar. Albert has spoken about this upcoming bout, opening of the new gym and more.

What are your plans in terms of preparation for this fight?

- The training camp has just started. We’re still planning my preparation. So will see which mistakes we’ll look to fix and what I should add to my preparation.

Give us your thoughts on the performance you’ve put on against Nah-Shon Burrell?

- I wasn’t able to finish him. He’s a pretty durable fighter and sometimes it’s hard to finish guys like that. In the second round I already felt that I’d beat him on the scorecards so I decided to not force anything to avoid getting cut with some lucky punch. I just outclassed him. I think it was a dominant win, he did nothing in the fight.

Give us your thoughts in the lay off Mukhamed Berkhamov had, which is almost a year now?

- I’m not sure how will it affect him and honestly, I don’t really care. I’m focusing on myself, on my preparation but ring rust is a tricky thing. It affects some fighters drastically, and other fighters don’t even feel it.

How did you spend your rest time after your last fight?

- I had some good rest. I’ve been to USA, Turkey, travelled around Russia. I’ve gained some weight but now my weight is 88 kilos, so nothing to worry about. Before Burrell fight my weight was 93 kilos. So now I feel comfortable and the weight cut won’t be a problem.

What about your ground game? Are you working on it? Because most of your losses came because of the holes in this part of the game.

- Yes, I had some flaws on the ground but as I’ve said before: I lost because I wasn’t feeling good, I was sick. I’m always working on all aspects of the game and I’ll be ready for everything in this fight, so will see how it plays out.

Are you planning to have a training camp in states?

- I’m not sure about that yet. During Ramadan I’ll be training in my home gym. I need to get in a good shape first. After Ramadan, me and my father will decide where we’re going to prepare. Maybe I’ll go to USA or maybe I’ll stay home. Nothing is set yet.

You’re opening a new gym ‘Bastion’, can your speak on that?

- Yes, my father said that they’re already working on the heating there. In two moths everything will be ready, so we’re almost on the home straight.