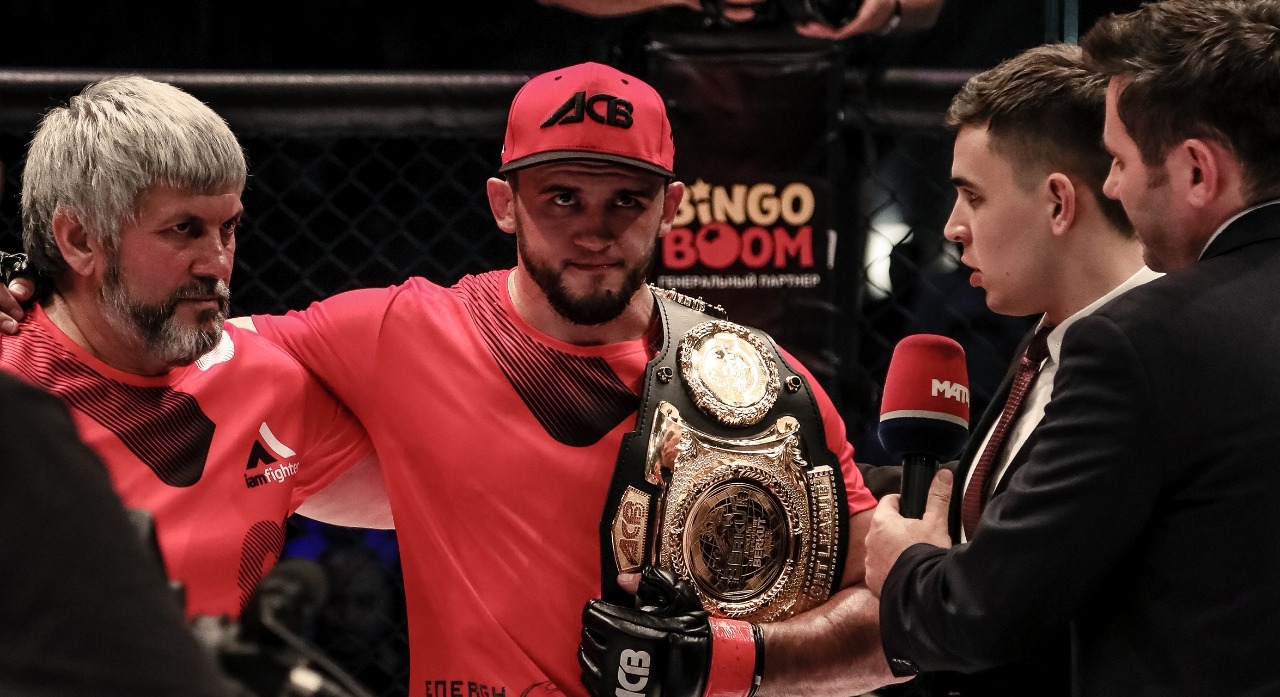 ACB welterweight champion Albert Tumenov, who won his title at ACB 89 in Krasnodar, has spoken about the fight, his next opponent and on former champion Mukhamed Berkhamov’s comments.

It’s always great to win. I won the belt, I wanted it just as much as my fans. I was happy to please so many people.

After the fight I had a good rest, attended some meetings and was working on some of my own projects.

- How was your health after the fight?

It’s great thank God, I had no injuries. I’ve already got back to training and I’ll be ready to get back in the cage in January-February.

- Who would you like to face in your first title defense?

I’m not picking my opponents, I’ll take on whoever ACB want me to fight.

- Have you seen the latest interview of Mukhamed Berkhamov and if so what’s your reaction on that?

I’m speechless, it was insulting and now I’m angry! I’ve never said a bad word about him. Of course my opponent was getting ready for another challenge, but Mukhamed said that I had a full camp to prepare but the truth is, my opponent changed twice: first it was Berkhamov, then Cooper and then Rodriguez. I’ve been saying that I don’t want to face Mukhamed. Not because I think of him as a serious threat, but because, unlike him, I respect his people, and some of them are my friends, fans and even relatives. But when it comes to my skills, he’ll have the opportunity to test them! Of course if he won’t pull out of the fight for the third time...