ACA 104 will be held in Krasnodar on February 21st. The fight card includes 2 title fights and many other spectacular fights. Today we will look at some of the most interesting match ups!.....Let’s go!

The first time Evgeny Goncharov and Mukhumat Vakhayev were set to meet was almost a year ago. Then the two fighters approached the fight with the status of WFCA and ACB champions respectively and that fight was set to crown the first ACA heavyweight champion. Shortly before the fight, Vakhaev had to withdraw and the matchmakers had to look for a new challenger. As a result, Goncharov faced Tony Johnson but eventually still managed to claim the ACA title. Now, his first defence of this belt will be against Vakhaev. Both athletes are top heavyweights, as their achievements have already proved, and there is certainly some bad blood running between them. The fighters have more than once exchanged “courtesies” on social media, which has hyped up the upcoming fight and motivated each other to prepare even better for the fight. On February 21st, we will see the most spectacular and competitive confrontation, because both fighters are ready to do anything they can to get the ACA belt wrapped around their waist.

Young and promising Mansur Khatuev (8-0) will meet with Azamat Kerefov (12-0) to define the new champion of the ACA League in the Flyweight division. In addition to the impressive track record in as professionals both fighters also boast great resumes in amateur competition.
You will see all the best action that the Flyweight division has to offer: excellent technique, high paced action and great stamina. So get ready, this fight will be one not to miss!

Abdul-Rahman Dudaev is a former WFCA champion and has a very unconventional style of fighting. He employs counter attacks and also has possesses high level grappling skills. Islam Meshev, is a fighter with superb fundamentals who is constantly evolving. In two past battles, Meshev defeated Dudaev's teammates, which gives Dudaev even more incentive to win. Given their records and rankings as fighters, the winner of this pair is likely to become the next contender for the ACA title.

Artem Frolov, a Krasnodar-native fighter from the “Kuznya” training academy, will have his second ACA match against the Brazilian fighter Bruno Santos. The unyielding and versatile Artem Frolov is the former champion of M-1 Global. Artem currently has 12 victories to his name, 10 of those being early finishes. His opponent is  BJJ black belt, Bruno Santos (18-3-1), who currently has 16 victories by decision. This is a battle between a fighter who is constantly looking for finishes opportunities agains a cautious and experienced veteran in Santos. Add to that the fact that both fighters lost their debut fights in the League, we can really expect both to give their all to claim victory this time.

The younger brother of former ACB and ACA champion Albert Tumenov, Bibert, will have his first ACA fight against Kyle Reyes. The 22-year-old holds the title of master of sports of international class in boxing, Bibert Tumenov, always launches fireworks in the cage! Bibert currently has seven wins to his name, and so far he has scored five KO’s.

The very experienced Kyle Reyes, who will be facing Tumenov, held three fights in ACB and ACA and came out victorious in every single one. He has 11 finishes on his MMA record with 9 of them coming by a way of submission.
The upcoming fight is a real test for both opponents, and something tells us that this battle will not go the judges’ scorecards! 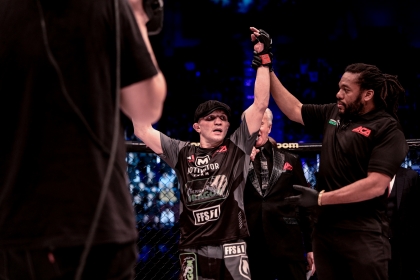 The Motivator Returns to Saint-Petersburg 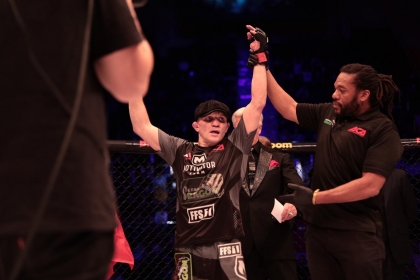