Temirov has been fighting in the ACB league almost from its origins. 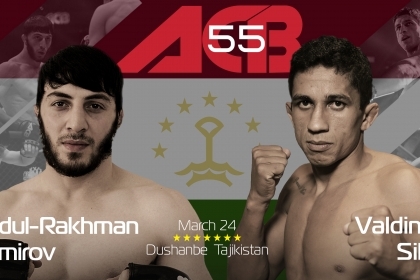 Temirov has been fighting in the ACB league almost from its origins.

The athlete’s first bout in ACB took place at the ACB 8 tournament, where he scored a victory, and since then he has come out of the cage a winner four times. It has been really rough for all Temirov’s opponents, as he has never won by decision in his entire career, preferring to quickly finish the matches by submissions. The only exception is a knockout which he scored during his debut in professional MMA.

Two Temirov’s losses were to very strong fighters - Muhamed Kokov (10-2) and the former ACB featherweight champion Zabit Magomedsharipov. Valdines Silva is a Brazilian featherweight fighter. Silva is quite a versatile fighter, whose wins are almost equal in knockouts and submissions (7 and 6, respectively), and only once the judges themselves had to grant him victory.

Valdines appeared in the ACB league for the first time in the featherweight title fight against the former champion Zabit Magomedsharipov, in which the fighter held on for only two minutes. Now he has a chance to rehabilitate himself and to reveal his full potential. We are looking forward to a spectacular clash of two fighters who prefer to finish the bouts early and will make every effort to proceed to the fight for the ACB belt.