Statistics and geography of the ACB tournaments over all the history of the promotion. 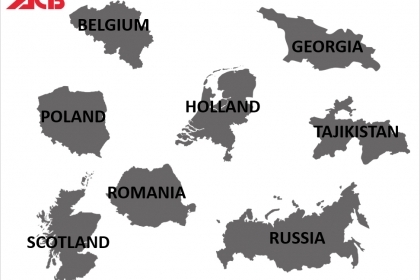 Statistics and geography of the ACB tournaments over all the history of the promotion.

In a very short period of time the ACB company has grown into a mature organization which sets the highest tasks for itself. It is worth noting that the geography of the tournaments expands with each year, and their quality and quantity increase constantly. Here is the statistics of the held tournaments and their geography, correspondingly: 1. The ACB company held its first event on March 2, 2014. On that day the first stage of the ACB Grand Prix 2014 took place, and the owners of the first belts of the league were already determined at ACB-9. As a result, 12 tournaments were held in 2014 with 11 of them in the Chechen Republic, and one tournament took place in St. Petersburg together with M-1 Challenge. 2. 16 tournaments were held in 2015, including one foreign tournament of the organization in Plock, Poland, 7 tournaments in Grozny, 2 in Nalchik and one in each of the following cities: Moscow, St. Petersburg, Kaliningrad, Sochi, Dushanbe (Tajikistan). 3. Currently, 19 tournaments have been held in 2016, including 2 tournaments in Poland, 6 - in Grozny and one in each of the following cities: Moscow, Tbilisi (Georgia), Rostov-on-Don, Saratov, Krasnodar, Sochi, Vladikavkaz, Penza, Volgograd, St. Petersburg and Glasgow (Scotland). Let us remind you that 3 tournaments are announced till the end of the year: 1) ACB-48 "Rematch" on October 22, Moscow 2) ACB-49 on November 19, Rostov-on-Don 3) ACB-50 on December 18, St. Petersburg. We are interested in your opinion - which of the ACB tournaments did you like most of all? Share with us in the comments!