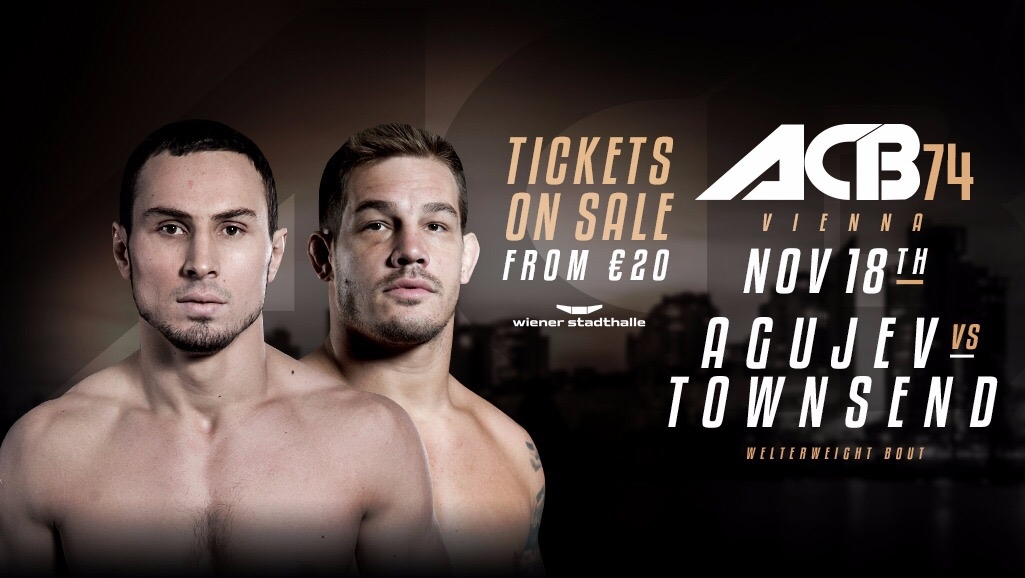 On November 18 the ACB League returns to Vienna again. A welterweight standoff will be the main event of the night. Arbi Agujev, nicknamed "Monster", will face Adam "Prime Time" Townsend.

For the American Adam Townsend the upcoming match will be the second welterweight fight. In his debut bout in the new weight category he defeated Husein Kushagov via choke. Due to the fact that Adam has fought in the lightweight division for most of his career, he is very fast and has much better endurance than most welterweights. His arsenal includes good grappling, freestyle wrestling and kickboxing skills.

Throughout his career, Arbi Agujev has alternated performances in the middle and welterweight, but the Austrian’s last two fights were in the welterweight division. Agujev will have the advantage in size and physical strength in this confrontation. He is 12 centimeters taller and much more athletic than Townsend. Agujev strikes hard, he’s explosive and uses attacking grappling. He has submitted his opponents 14 times and knocked them out 6 times.

Thus, we are going to see the confrontation between two experienced and versatile athletes. The use of size advantages will be the key to victory for both fighters. Townsend’s endurance and mobility will be opposed by Agujev’s physical strength and superiority in size. A fighter who creates and implements a proper fight plan will win. And the cage will traditionally show who will be the winner.