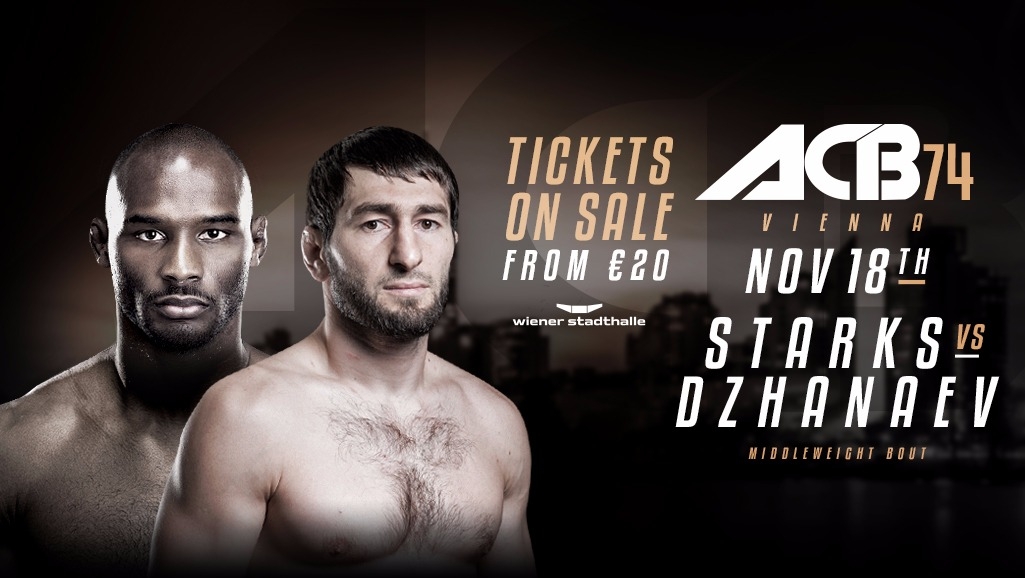 A middleweight bout between Abdul-Rahman Dzhanaev (8-1 MMA, 7-1 ACB) and Clifford “Big Cat” Starks (13-4 MMA, 0-1 ACB) will take place at the ACB 74 in Vienna on November 18. The American Clifford Starks made his debut in the ACB at the ACB 67 tournament after more than a year of downtime. He was defeated via choke by the current middleweight champion Albert Duraev. Now Clifford has a chance to redeem himself after an unsuccessful debut in a match against the "Berkut" club’s fighter Abdul-Rahman Dzhanaev. Clifford performed in the world’s largest promotions and has solid skills in all fighting areas. He finished his opponents three times via techniques and knocked them out three times. In the past he fought in the light heavyweight division and has massive muscles for his division. The advantage in physical strength and size is likely to be on the American’s side. In addition, the performance at the ACB 67 after such a long break allowed Clifford to get the “rust” off. And perhaps in this fight he will feel much more confident in the cage.

Abdul-Rahman Dzhanaev is a real veteran of the ACB League. 8 out of 9 professional bouts in his career took place here. Dzhanaev was defeated only once when he lost by a close decision to Shamil Abdulkhalikov at the ACB 40. The "Berkut" club’s fighter Abdul-Rahman Dzhanaev is one of the best strikers in his division. He is light and fast on his feet, changes his stance and strikes at a variety of angles. He also has solid skills of defense against takedowns, locks and chokes. The fighter perfectly uses the cage in order to get up into the stance and attacks when pressed to it.

Comparing the fighters, we can say that faster and taller Dzhanaev will have the advantage in stand-up. Combining footwork, striking at different angles and avoiding takedowns, Abdul-Rahman will have a significant chance of winning. The arsenal of Clifford Starks in stand-up is not so diverse, his punches are slower. However, superiority in physical strength and muscle mass will allow “Big Cat” to dominate his opponent on the ground and at the cage.