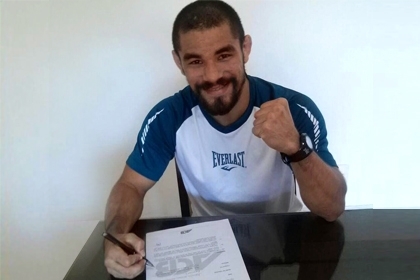 A Brazilian fighter Matheus Mattos has joined one of the most competitive divisions in the ACB league - the bantamweight one. The athlete has a great record - 10 wins, 1 draw and not a single loss! All Mattos's opponents had a hard time fighting him, however in one bout he let the judges decide the outcome of the fight. He scored 6 wins by KO/TKO and 4 wins by SUB. The fighter probably won't take his time and would like to get in the title race at once. The fighter is ranked 82nd in the world rankings according to Fightmatrix.