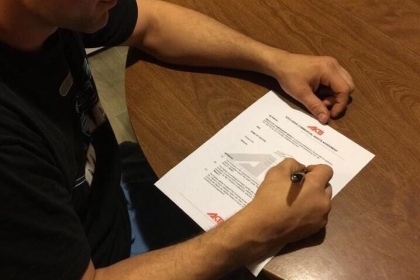 During his professional career Elvis had 21 fights, 15 of which he won, lost 5, and one bout ended in a draw. The fighter earned a 0-2-1 record in the world's largest promotion, but in 2 out of 3 matches he came in as a last minute replacement. One of them was a fight with Francimar Barroso, which was in an unusual for Mutapcic light heavyweight division. Now the fighter has realized that the most appropriate division for him is the welterweight one, so in the ACB league Mutapcic will perform in the category up to 77 kg. The fighter himself is inspired by the fact that his compatriot Brett Cooper owns the belt in this category, and he’s going to repeat his achievement. He currently occupies the 93rd spot in the Fightmatrix rankings.