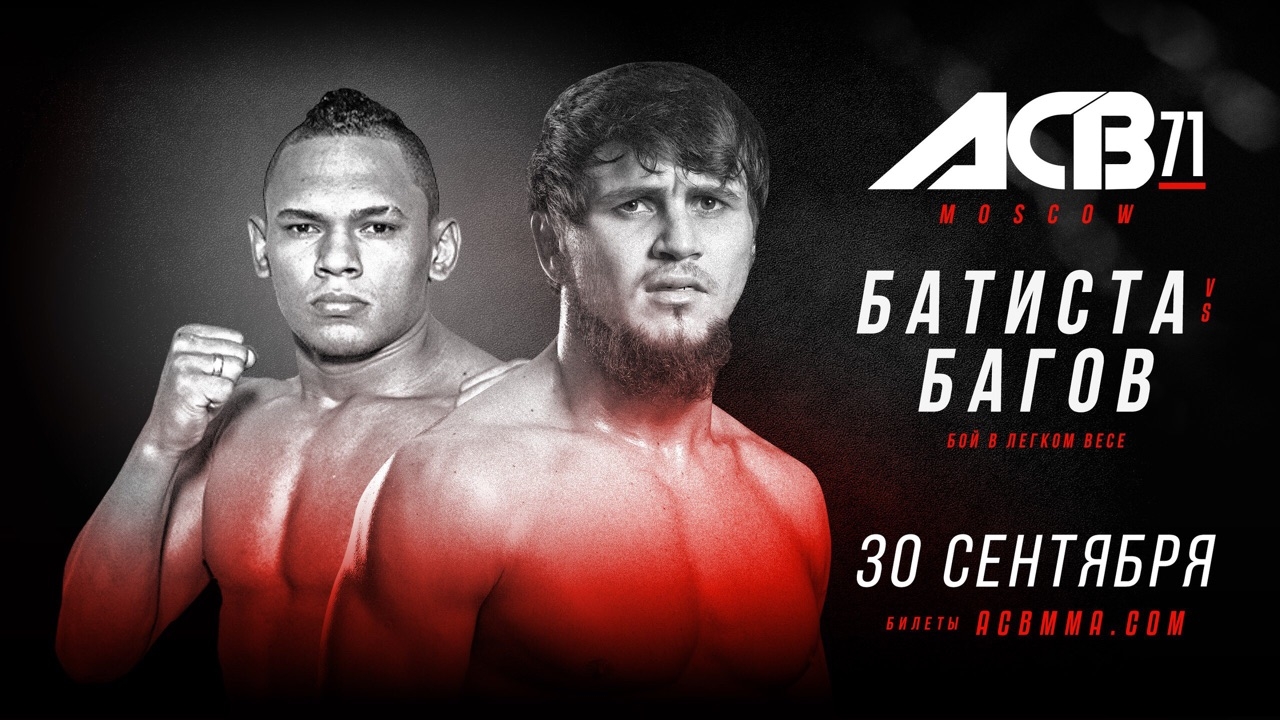 Ali Bagov is well known to ACB fans having fought 12 times already for the promotion. His first fight for the promotion was back in 2014 and since that time he has managed 10 impressive victories inside the ACB cage. Bagov is one of the most athletic, largest and most powerful lightweights in the division. His grappling and submission game is where he is most dangerous in a fight. Aptly nicknamed "Hulk" he delivers lightning-fast, powerful takedowns inside the cage and uses his power to slam his opponents into the mat with devastating force. Bagov has earned 23 wins in his professional career with all of them coming by way of finish. This includes having finished 22 of them by way of submission and 1 of them by vicious ground and pound.

Herdeson Batista is one of ACB’s most promising prospects. The only defeat in his career was at his professional debut back in 2009 and since then he has gone on an impressive12 fight undefeated streak. Batista joined ACB this year and has fought twice for the promotion since then impressing in both performances. In his first bout the Brazilian won by a unanimous decision over Rasul Yakhyaev at ACB 60 in Austria. Then, in just his second fight for ACB, he headlined ACB 66 in Grozny where he faced and knocked out Daud Shaikhayev, a fighter on a five-fight win streak, in impressive fashion in the very first round. Batista prefers to keep the fight standing and has dangerous Thai boxing skills. He likes to exchange with heavy blows and uses his Thai clinch to defend well from the takedowns whilst causing damage with powerful knees. He is physically very strong and, like Bagov, he is very big for this weight class. Despite that size though he has excellent cardio and has proved time and again that he can fight hard for 3 rounds.

In this fight we will see the classic confrontation between a striker and a grappler. Both fighters have very distinctive styles and in this fight Bagov’s aggressive freestyle wrestling will meet Batista’s devastating Thai boxing. Each of the fighters are able to finish the fight at any moment which is what makes this lightweight clash such an exciting one!

Ali Bagov has been one of the top contenders for the belt for a long time and a win over Batista would once again cement his position and put him in line for potentially another shot at ACB gold but Batista is a fast rising star in this division and a victory over a big name like Ali Bagov could catapult the young Brazilian in to that number one contender spot.

With so much on the line this fight could come down to who can implement their style and game plan better or who will make the first mistake.