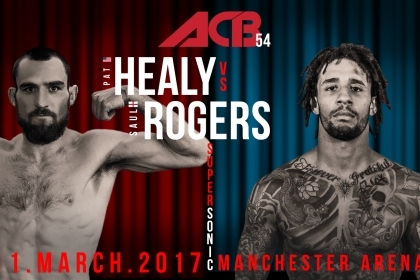 For Saul Rogers this will be the second fight in the ACB league, his first one was at the ACB 47 "Braveheart" tournament where he won by submission at 2:33 of the first round. There is no guessing about Saul’s strong suit, since he’s finished 8 out of his 12 wins by submissions. One should also note the Englishman’s record which includes only one loss.

This will also be the second match in the league for the American Pat Healy. He lost his first bout to a serious Brazilian fighter Leandro Silva (20-5) at the first ACB tournament in the United States. Pat is truly an MMA veteran, there are already 56 fights in his record, so he’s got a ton of experience.